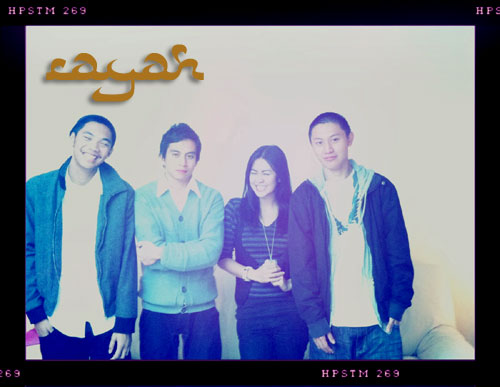 Inspired by the depth of life and its unfolding mysteries between the co-existence of rise and fall, comes a band that headlined a message of hope and experience of witnessing beauty coming out of the dust.

The use of simple pop melodies with fusion of contemporary gospel, jazz, blues riffs and avant-garde sounds made known for Kaya as they use these primary tools to encourage people and proclaim promise of salvation for those who are discouraged and lost.

Alongside with Kaya’s clear musical statement and their anticipated EP entitled “Identify” set to release soon, it is undeniable that they were able to leave a mark of spiritual experience during their live performances.

The compassion for people suffering from poverty, depression, cultural differences and injustice continue to flow with the band’s lifestyle in and outside the realm of music, making it easy for the foursome to relay the very reason for their gifting and talents. The majority of the listener’s comments attest to this stating that:
Kaya’s music has been heard before, but it feels like you’re hearing it for the first time all over again.