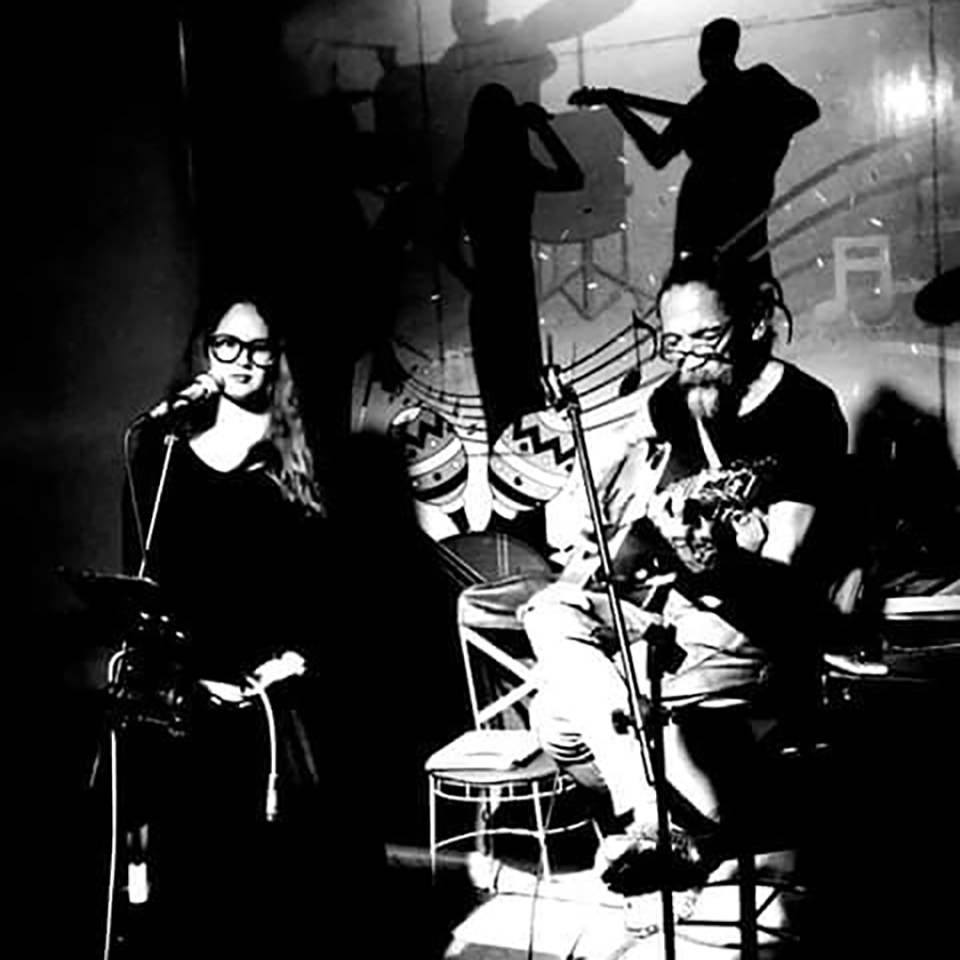 A natural-born performer, Anika (April C. Canlas; b. April 9, 1989) made her public debut when she was only 8 months old at a local singing contest called “Tawag ng Suman” in her town of Binangonan, Rizal (Philippines). She was given 500 pesos, rice, and suman (sweet rice wrap) for her performance.

As a member of Manila Children’s Choir, she sang as part of the children backup group for David Pomeranz during one of his concerts at the Araneta Coliseum in Manila. Anika’s early musical inclination was encouraged and nourished by her father, Renato B. Canlas, aeronautic engineer by profession who taught at the Yamaha school of music. Her formidable foundation in music made her love all genres, from classical to jazz to R&B, pop and rock. As a teen, she would sing in parties and events. In her early 20s she was already a professional lounge singer rounding Pan Pacific, Grand Opera, Richmond in Manila, and in 2012 in South Korea and Hong Kong.

She met Gary Perez (Sampaguita, Anakbayan) at Ka Freddie’s Music Bar in Malate, Manila. The partnership seems fated. “Topak” is the first collaboration of the couple. Her debut album is in the offing.

At age 14, Gary Perez traveled out of the country with his guitar and played in Vietnam, Singapore, Fiji Islands and Canada. By age 17, he was already one of the famous lead guitarists in Olangapo, with rock classics in his repertoire. He then joined Joey Pepe Smith and the Airwaves with whom he made his first professional recording, and later formed the Anakbayan band with drummer Edmond “Bosyo” Fortuno.

Firstborn of famous actor Ben Perez and singer Alicia Pascual, Gary was born on February 9, 1953 in Manila. As a young teen, he looked up to the likes of the Beatles, Jimi Hendrix, Jeff Beck, Eric Clapton, Jimmy Page, and John McLaughlin. This influence propelled his pursuit of becoming a rock musician, with a keen interest on songwriting and mastering the guitar. Both parents supporting his musical dreams, he drove himself for excellence.

In 1976 he and his bandmates formed the Sampaguita Band for which he wrote songs such as ‘Bonggahan‘, ‘Tao‘, ‘Laguna‘, ‘Sa Diyos Lamang‘, ‘Sayawan‘, ‘Babalik Sa’yo‘, ‘Kumadre‘ — radio hits that captured the heart of the masses. His dream of becoming a songwriter became a reality, and he gained great respect among peers.

In 1990, he migrated to the U.S. After 20 years there rearing his children, he returned to the Philippines and the local music scene, rounding the circuit and making a solo album, Gary Perez Originalz, under Polyeast Records. At present, he is collaborating with new singer Anika, the couple coming up with a new single, “Topak”, and working on her debut album.