Phil and the Blanks 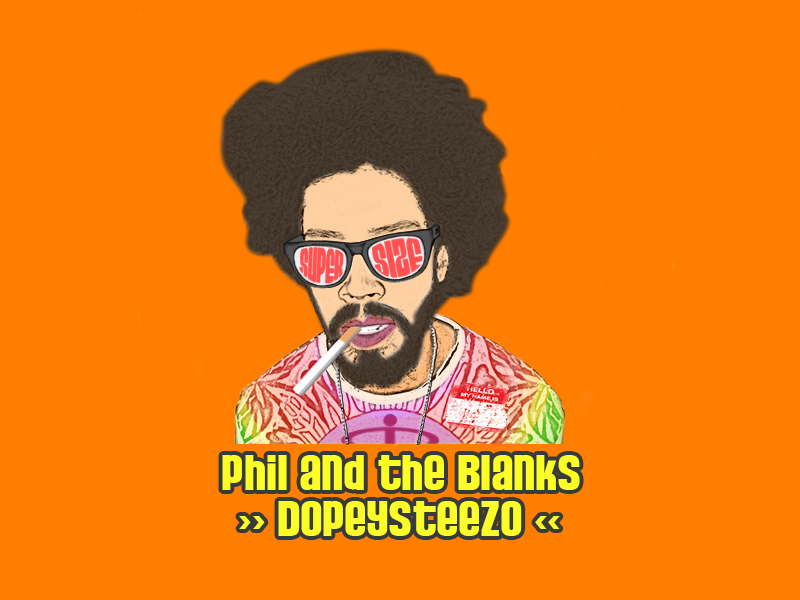 ‘Phil and the Blanks’ started as a studio project collaboration between producer ‘Phil Mark’ and freestyle rapper ‘Dopeysteezo’. It evolved into featuring other talents (mostly singers) and integrating them into the song. The first product materialized as the funk rap single ‘Supersize’ featuring Dopeysteezo and was released on iTunes on December 1, 2015. Supersize is an upbeat funk-rap production that contains a lot of the old-school funk elements of the 70’s. The song is about a fictitious character named Supersize who runs the city’s underworld. More tunes are on the way and are planned to be released a single at a time.